Snow on the cobbles and roofs; head on view of a cottage converted into a souvenir shop, its doors open bearing shelves for display of souvenirs for sale. Adjoining cottage has bright blue walls. A rhythm of square, rectangular, and round shapes makes a geometric two dimensional structure. Street in the 17th century was occupied by goldsmiths, hence its name. Subsequently redeveloped in the time of Maria Theresa in the 18th century; in the 19th and early 20th century, squatters' housing; now occupied by expensive souvenir shops and restaurants. 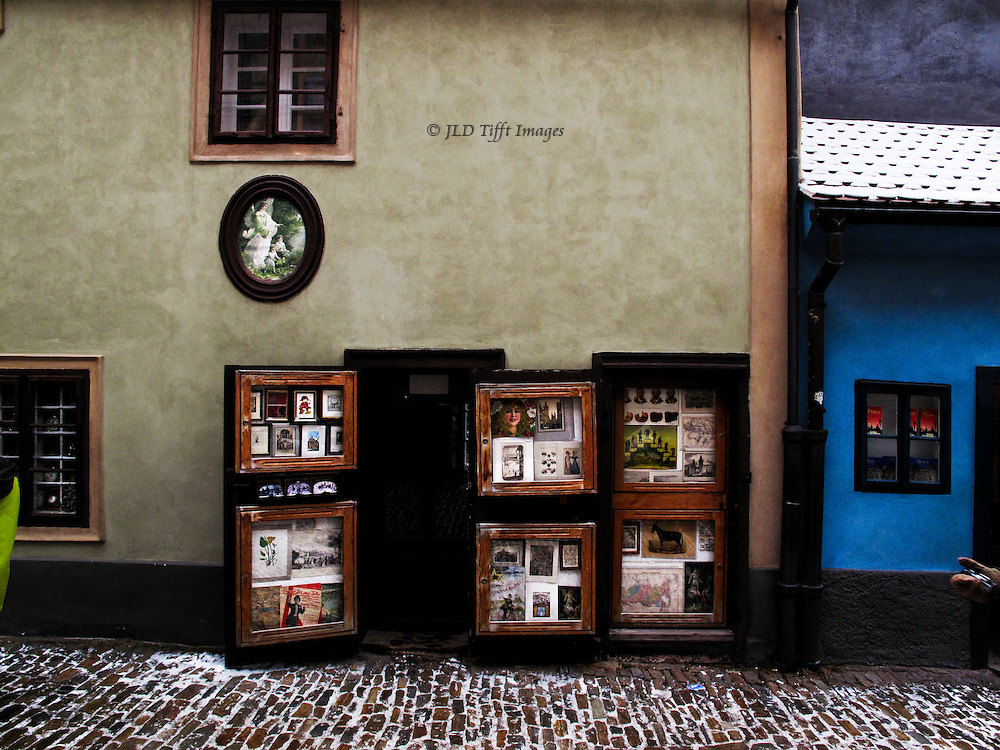