Brunilleschi's next major work after the Ospedale degli Innocenti was the Pazzi Chapel, next to the Santa Croce basilica, from 1441-1460. The Pazzi family, rich Florentine bankers, conspired against the Medici brothers Lorenzo and Giuliani. In 1478 they succeeded in murdering Giuliano during mass in the cathedral. Lorenzo escaped and became subsequently "Lorenzo the Magnificent." The Pazzi chapel, however, is a gem of serene beauty. This exterior shot is the usual one shown in books. A few tourists come and go on the approach path. 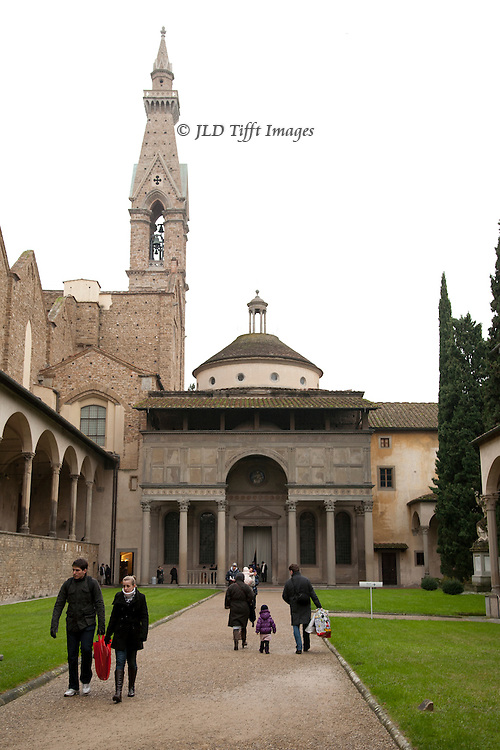