"Fred and Ginger" dancing in Prague

Office building designed by Frank Gehry with Vlado Milunic, built 1994-96 on a site destroyed in World War II bombing. It is uniquely deconstructivist in style, its flamboyant modernity successfully cohabiting with the medieval buildings on either side. Seen from across a wet street with snow on the ground. One man, pedestrian, in the foreground. Several parked cars in front of the building; one black sedan waiting at the crossroads traffic light. 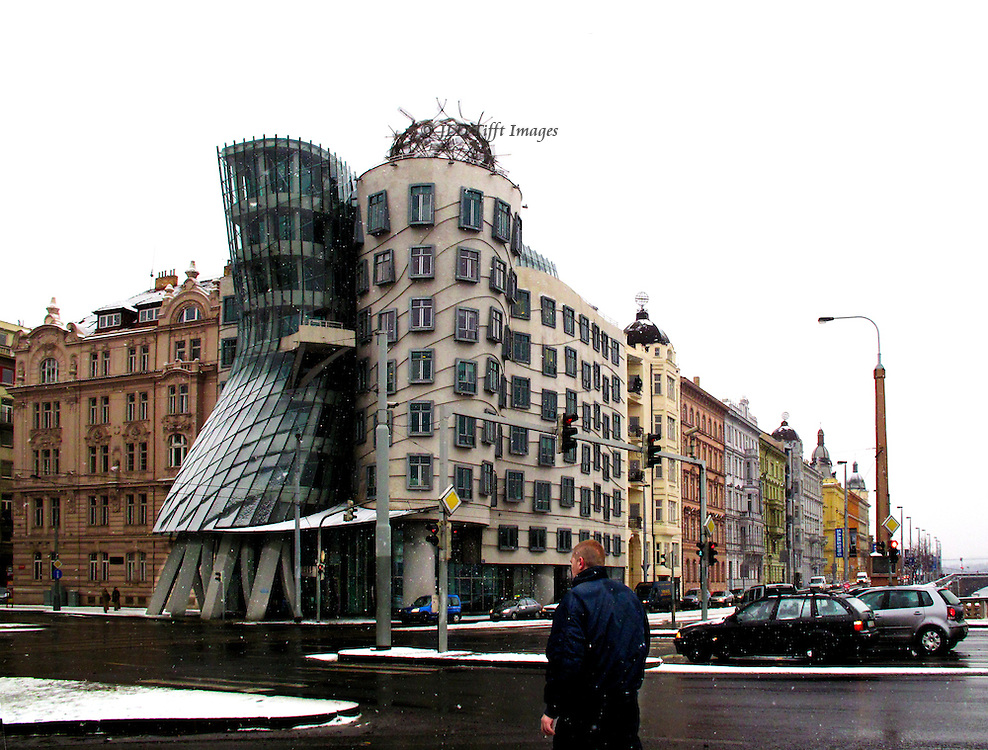