Al Rustaq Fort, at the foot of Al Jabal Al Akhdar on the edge of the Batinah Plain, Oman. Originally constructed circa 1250 AD on Persian ruins from the 7th century AD, The imposing present-day structure was rebuilt by the first ruler of the Ya'ruba dynasty in 1650. Rustaq has long been important because of its strategic situation at the openings of mountain passes, as well as its benign climate and hot springs, which are believed to have medicinal benefits. It was the site in 1624 of the election of the first imam of the Ya'ariba, Nasir bin Murshid bin Sultan, and served as the imamate's capital a number of times, controlling trade between Oman's coastal ports and the mountainous interior. 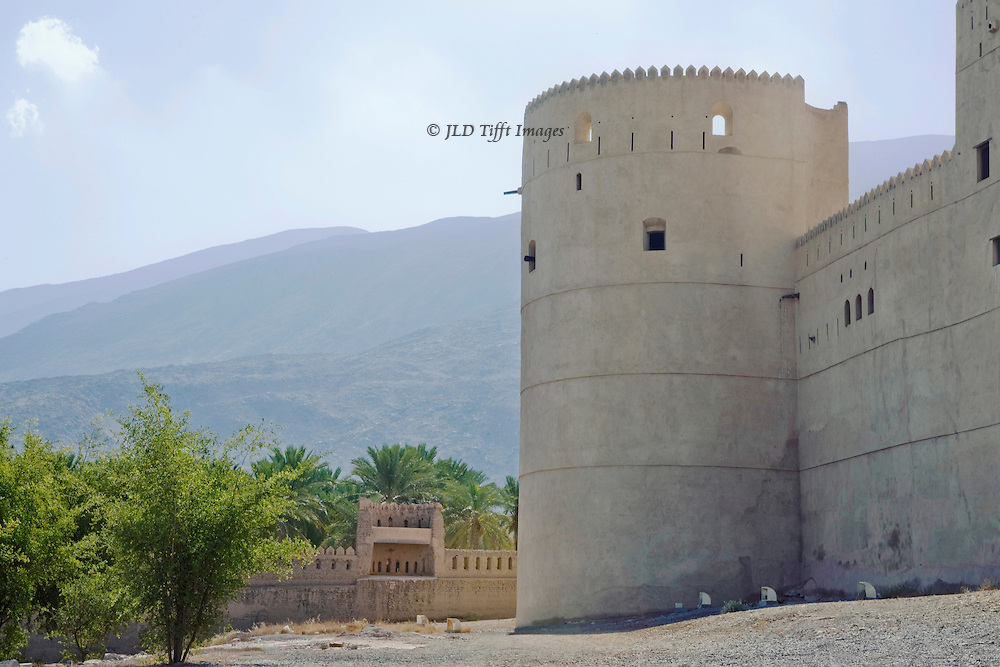