Australian feral camels are feral populations consisting of two species of camel: mostly dromedaries (Camelus dromedarius) but also some bactrian camels (Camelus bactrianus). Imported into Australia from British India and Afghanistan[1] during the 19th century for transport and construction during the colonisation of the central and western parts of Australia, many were released into the wild after motorised transport replaced the use of camels in the early 20th century, resulting in a fast-growing feral population. (Wikipedia) These two live in a zoo. 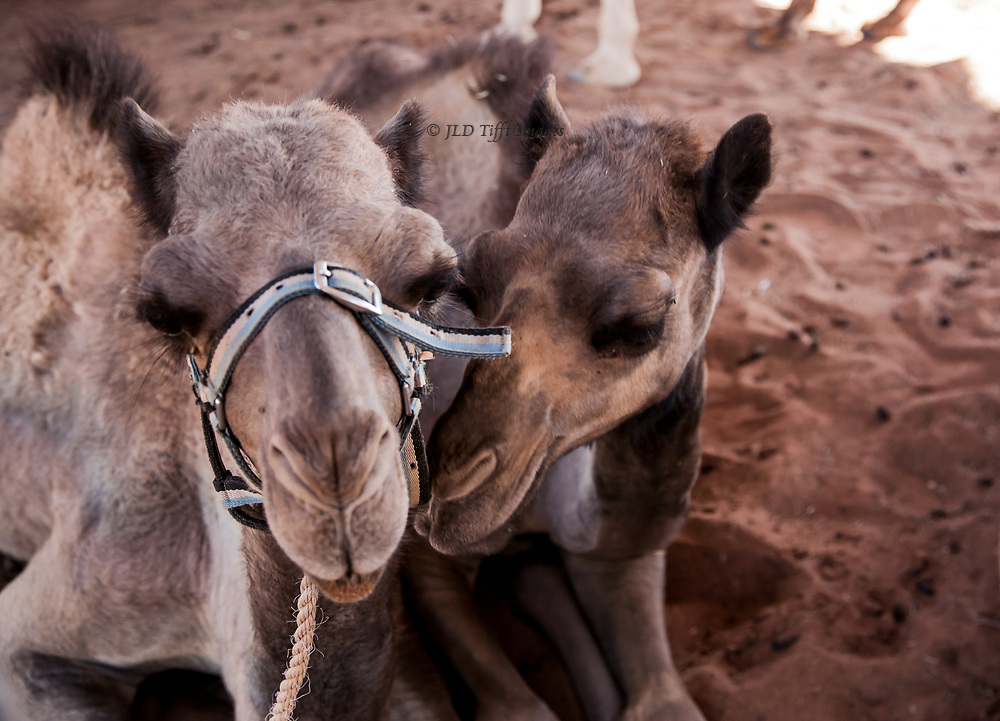